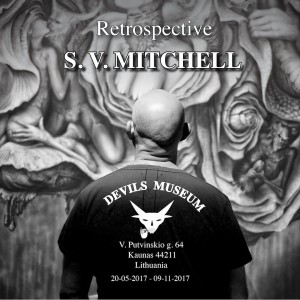 A breathtaking spectacle of provocative visions from S. V. Mitchell’s 2007 to 2017 international solo exhibitions. The Works presented are a contemporary vision of Mitc’hells mystical nightmarish world that is inhabited by demons, tortured souls and mystical creatures, and where the DEVIL is King. 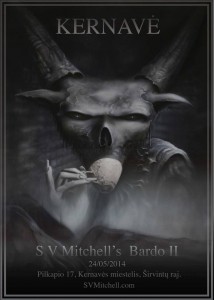 Home of the Art of Artist S.V.Mitchell

Open to the public on 23.05.2014
Located in the UNESCO world heritage site of Kernavė
The Bardo Gallery environment offers an unique and personal insight into the visionary world of the Artist and Mystic. 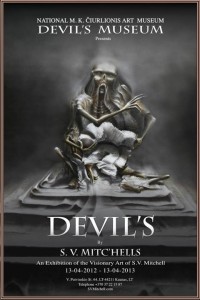 The Works presented are a contemporary vision of Mitc’hells mystical nightmarish world that is inhabited by demons, tortured souls and mystical creatures, and where the DEVIL is King. 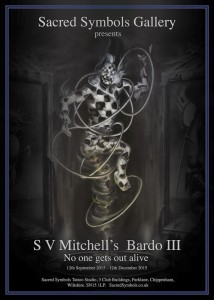 BARDOIII ” NO ONE GETS OUT ALIVE”

Mitchell invites us to look into the Bardo to glimpse a little knowing of the unknown before we all return to the light. 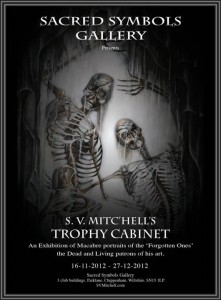 An exhibition of Macabre portraits of the ‘forgotten ones’.
The Dead and Living Patrons of his art. 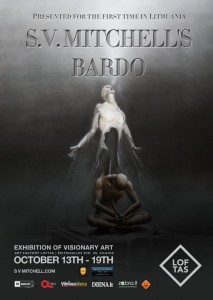 S.V. Mitchell’s visual insight into the “BARDO” is a great precursor for us all, as we navigate the shadow of our own selves, helping us achieve a greater understand of our human condition, as we move towards the LIGHT. 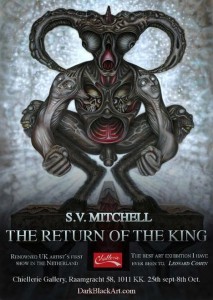 RETURN OF THE KING

All of the artworks in Steven Mitchell’s, “Return of the King” lays testament to the fact that the access to the ancient dream is more than a devilishly insinuating temptation, it’s a sacrifice of the human spirit to the unseen forces of the magical that Mitchell creates with his palette. 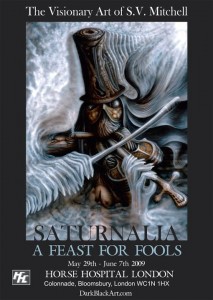 SATURNALIA A FEAST FOR FOOLS

Steven V. Mitchell has challenged the establishment and our imagination again.

With his biggest solo exhibit since the mind bending ‘Pandemonium’ took on us a fantastic and unforgettable journey.’Saturnalia: A Feast for Fools’ was held at the legendary London home for the subversive and the controversial art form.

Celebrating the opening of Sacred Symbols. A Premier Exhibition of original visionary art of three visionary masters, Exhibiting works by renowned swiss master H.R. Giger for the first time in the UK,
with works by S.V. Mitchell and H. Natalevicius.

PANDEMONIUM IN THE ROSE GARDEN

Beyond the bridge between the realm of reality and magic exists.

“A world of appearances that is only accessible by those select few MASTERS whose faculties subordinate
the conventional means of ordinary man. STEVEN MITCHELL is one of these MASTERS!” ~Keith Wigdor ‘Surrealism’